Examines the historical, cultural, political, economic, and social development of people of African descent from 1619 to the present.

The Journal of African American History

The Journal of Negro History

A Primary source of information is first-person, original information. Examples:

A Secondary source of information is material that has been taken from primary sources and then synthesized. Examples:

Films On Demand offers a variety of titles to honor and explain civil rights and Black history in America, including these titles.  Use your LOG IN to see these titles and more. 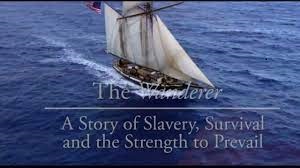